(For details please refer to my paper titled “MRT Inspection of Crane Ropes - Possibilities and Limitations.”).

As described in my paper, during this stage large numbers of core wires – usually in clusters – will fail due to fatigue breaks.
Easily measurable by MRT, this initial deterioration is not detectable by visual inspections.

Eventually, the IWRC will break. (Also called ‘complete core failure.’)
This hazardous condition is rarely detected by visual inspections. In contrast, it is glaringly obvious to MRT (http://bit.ly/2J4ss1L).

As the IWRC fails, the outer strands lose their radial support. This causes secondary fatigue breaks in the wires of the outer strands – called ‘valley breaks.’
Detectable only by exceedingly meticulous visual inspections, this is the terminal deterioration phase frequently followed by catastrophic and fatal rope failures: http://bit.ly/2DG4fM1.

There is an inexplicable lack of knowledge on, and a reluctance to use MRT even among wire rope professionals (http://bit.ly/2KOOVCK) and http://bit.ly/2Irpkh3). 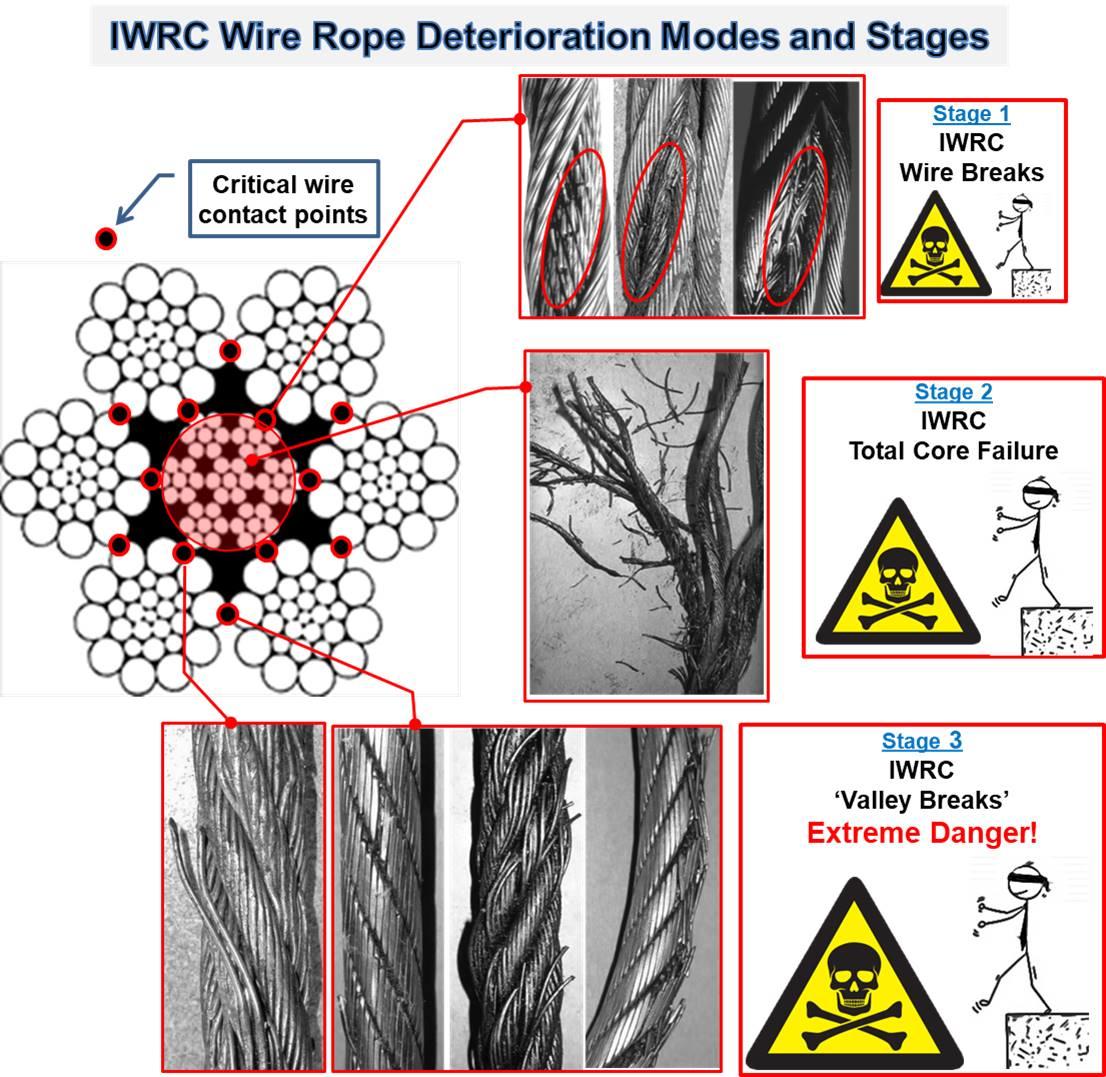 Read this article on LinkedIn